Conor Harrington hails from Cork in Ireland. His work is an incredibly successful collusion between fine art and street techniques.

According to Conor himself, central to his oil canvasses is "the male figure, referring to the masculinity of urban culture". The men in Conor's paintings allude to the not necessarily heroic, but stoic and pensive male of the modernist painters; however the pieces are plastered with post-modern graffito flourishes in a pertinent clash of styles – "I'm interested in the dynamics between opposing elements" says the artist. Whilst both the male figures and abstract elements of the work are unarguably contemporary, the emotions they transmit are timeless, if currently under-rated: dignity, courage and a quiet sense of duty to oneself and those around us. At a time when men are accused of being somehow redundant within society Conor's work is an intelligent and modest reminder of their positive emotional contribution. It also shows that graff doesn't have to shock – or be soppy – to have substance.

Said The Hero to the Thief, Lazarides , Newcastle, 2008

Artist Conor Harrington, was born in Cork, Ireland in 1980. He lives and works in London with his girlfriend, Chloe Early, also a painter. Conor drinks the big pints and Chloe drinks the little ones. 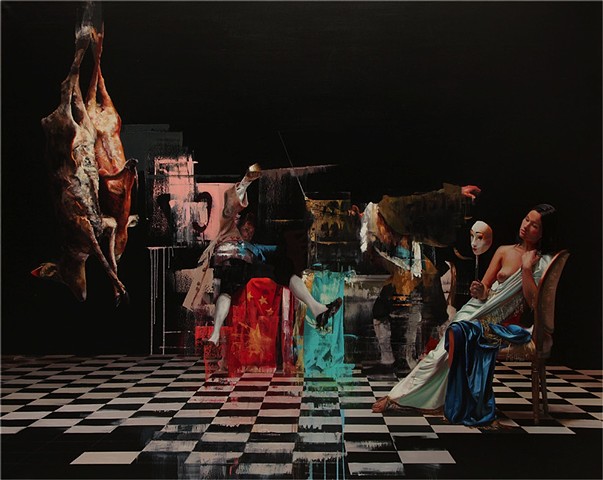 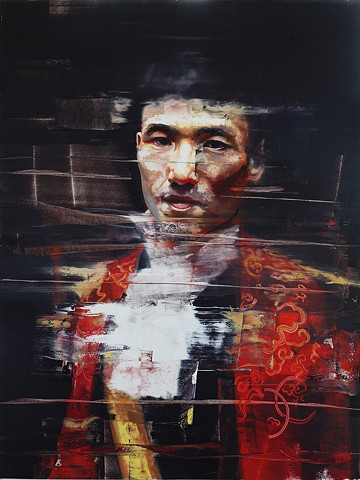