(b. 1956 in Qingdao, Shandong province) received a BA in the Fine Arts Department from the Shandong University of Arts in 1984 and an MA in the Sculpture Department from the China Central Academy of Fine Arts in 1989, where he currently presides as the head of the Sculpture Department. He has been praised by art critics for being a "pioneer venturing to the farthest reaches of Chinese sculpture." Sui Jianguo’s art explores his unique understanding and recognition of creation, form, alternative media, alternative methods, and space-time. His sculptures are ingenious fusions of concept and form, as many of his works utilize large-scale force to impact viewers. Sui Jianguo’s early works carry strong symbolic content, most of which carefully relates the peculiarities of society and history. His later creations gradually became disconnected from his own identity and began incorporating a bigger visual angle, thus makinghis concepts of cultural space-time apparent. Sui Jianguo’s work also succeeds in bringing forth introspection on the artistic process in modern China. Whether it bethe Realism in hisearly works or the classic shapes in his later Mao Jacket and Dinosaur pieces, both rely on the wisdom of native Chinese genealogy and channels of culture to serve as ways to solve problems, as outlets. The work reveals an obvious academic’s severely critical standpoint regarding society and human morality.His works also touch on the realms of video and public performance. The artist has participated in many group and solo exhibitions, includingThe Hague Under Heaven: Sui Jianguo Sculptureat Museum Beeldenaan Zee, Hague, Holland (2011), Sui Jianguo: Dream Stone at JGM Gallery, Paris (2010), as well as The City of Forking Paths: The Sculpture Project of the Expo Boulevard, World Expo Shanghai 2010, Shanghai, China, Motion/Tension: New Work by Sui Jianguo, Today Art Museum, Beijing, China (2009), Fashion Accidentally, Museum of Contemporary Art, Taipei, China (2007), and Susi: Future & Fantasy, Metropolitan Museum of Manila, Manila, The Philippines (2006). 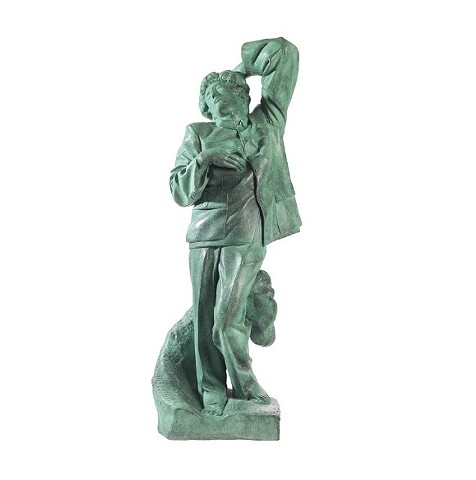 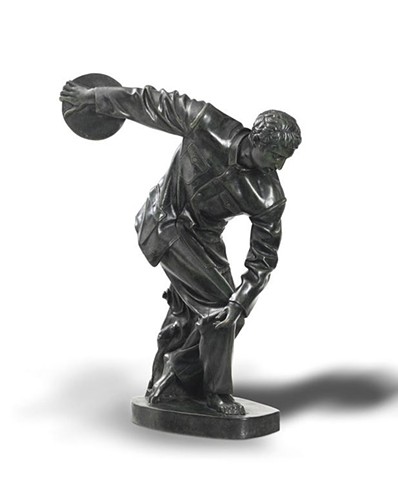