"Growing up I heard the term used all the time not just as a racist act from someone of another race but also by black people using it amongst one another. In this piece I taped the word NIGGER on top of a painting depicting black kids fighting, an act I’ve grown up to see and experience first-hand as a child. This depiction is one of the reasons why the term Nigger still exists, fighting like animals gives room for this word to breath. I looked at that term taped on top of the image and thought about all the weight this word held and let out all my emotions and rage out on it. I threw paint on it, slapped it, punched it, spit on it, and anything I could to get rid of the term and image. This word became an object that I was trying to kill. In a way I became what I was trying to get rid of. After I finished I pulled the tape off and the word was still there." 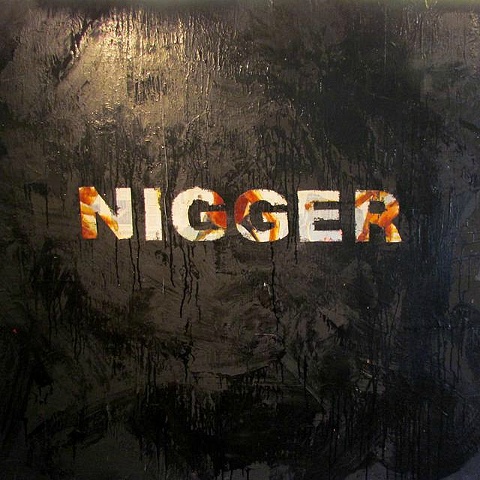